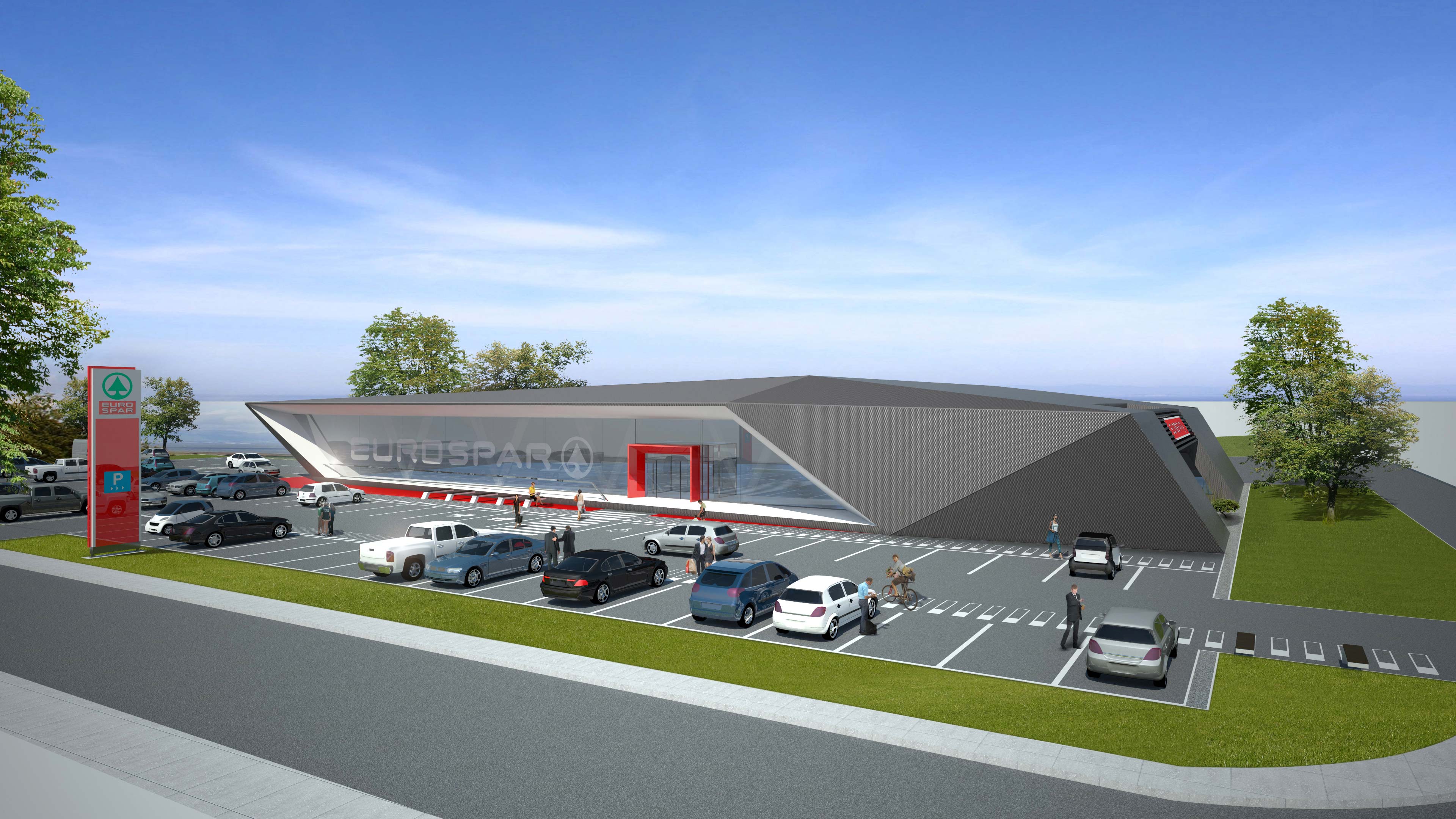 The basic idea of the design is based on the „presentation“ of the SPAR brand. All decisions have the goal of bringing attention to Eurospar Ferlach both during the day and at night – thus occupying the place with an unmistakable identity.

The design is determined by a precisely choreographed hierarchy. To achieve this, we move the building away from the street. Firstly, motorists should be able to drive in front of the market, and secondly, the building can have a better effect if there is more space.

The existing site configuration inevitably results in a rather elongated and dynamic building. The orientation of the large glass facade to the north is very important to us in order to prevent overheating in the summer.

Formally, we have further developed the dynamics: it comes from the exterior as well as from the interior, due to the standardized left turn of the sales paths. Thus, the building leans slightly to the left and has formed a „foot“ on the right side for grounding. Overall, the market is slightly elevated to form a perimeter frame including the floor. form.

The canopy cantilevers up to 5m and covers the entrance zone in particular, in order to offer a rain-proof stay in the front area. The design is also characterized by a content-related added value, which consists in the fact that a 2.8 m high glass window with sun protection is installed on the west side.

One could place high bistro tables in this area and form a small meeting point with light, view and protection. Thus, a variety of future uses and potential overlaps are possible. 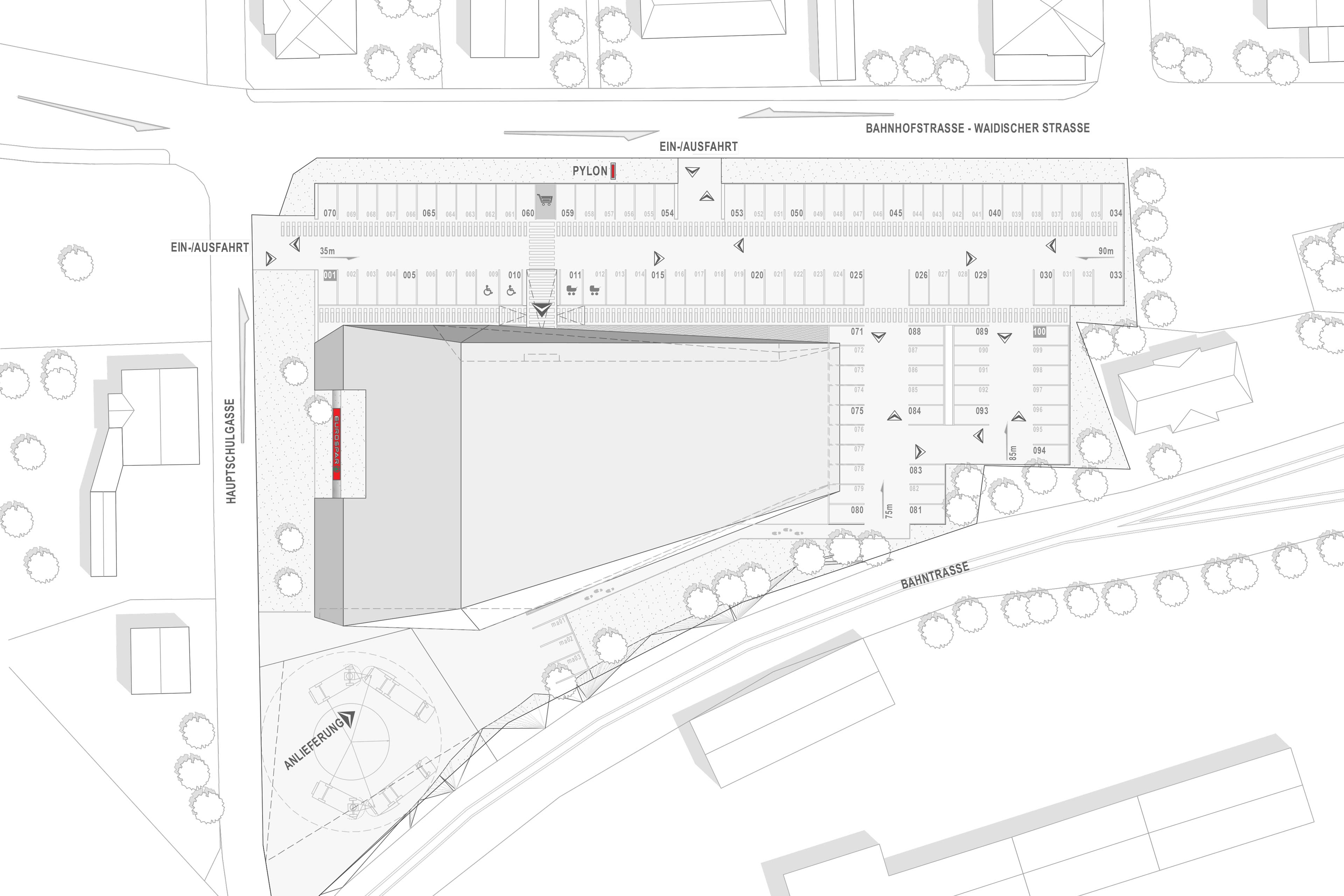 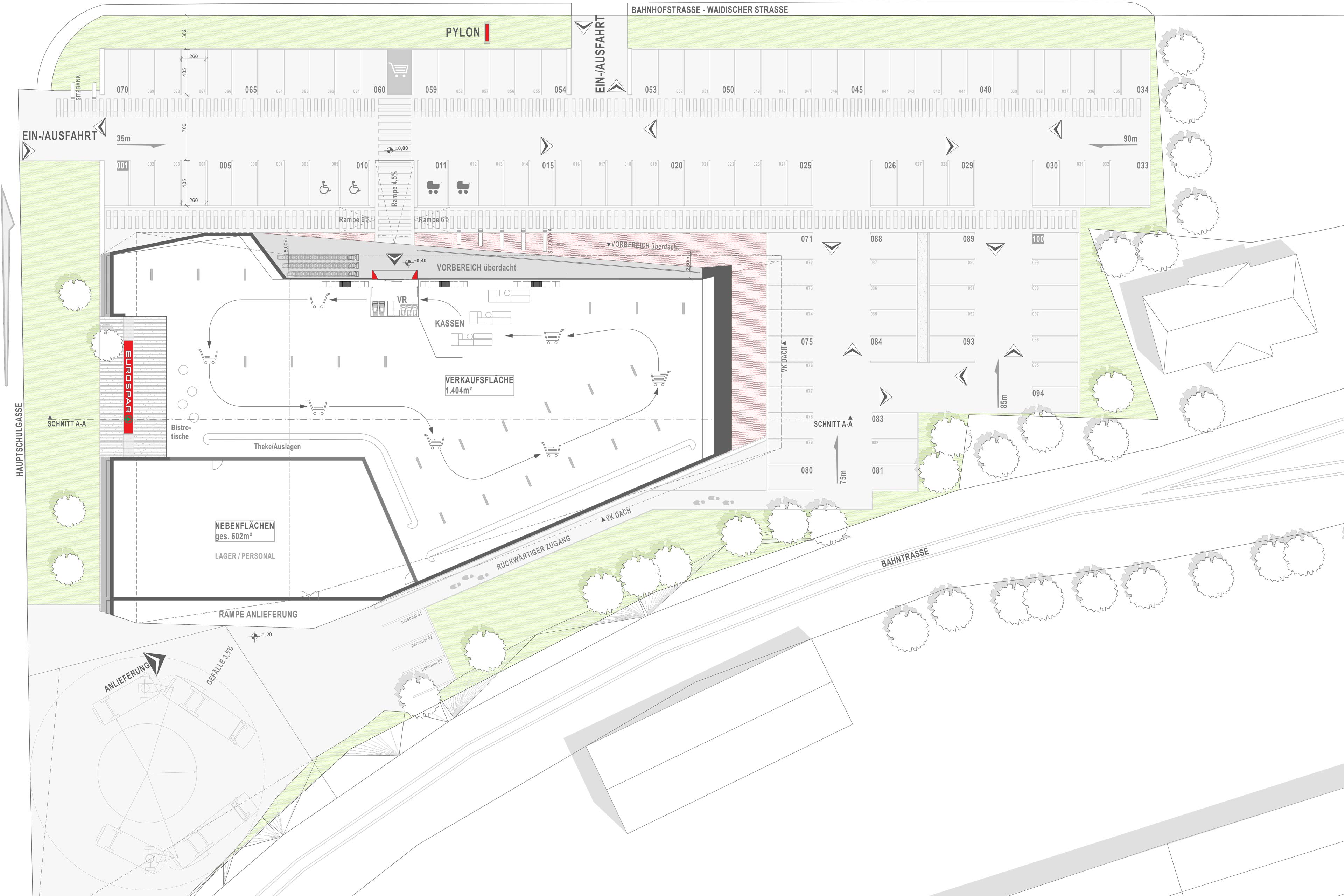