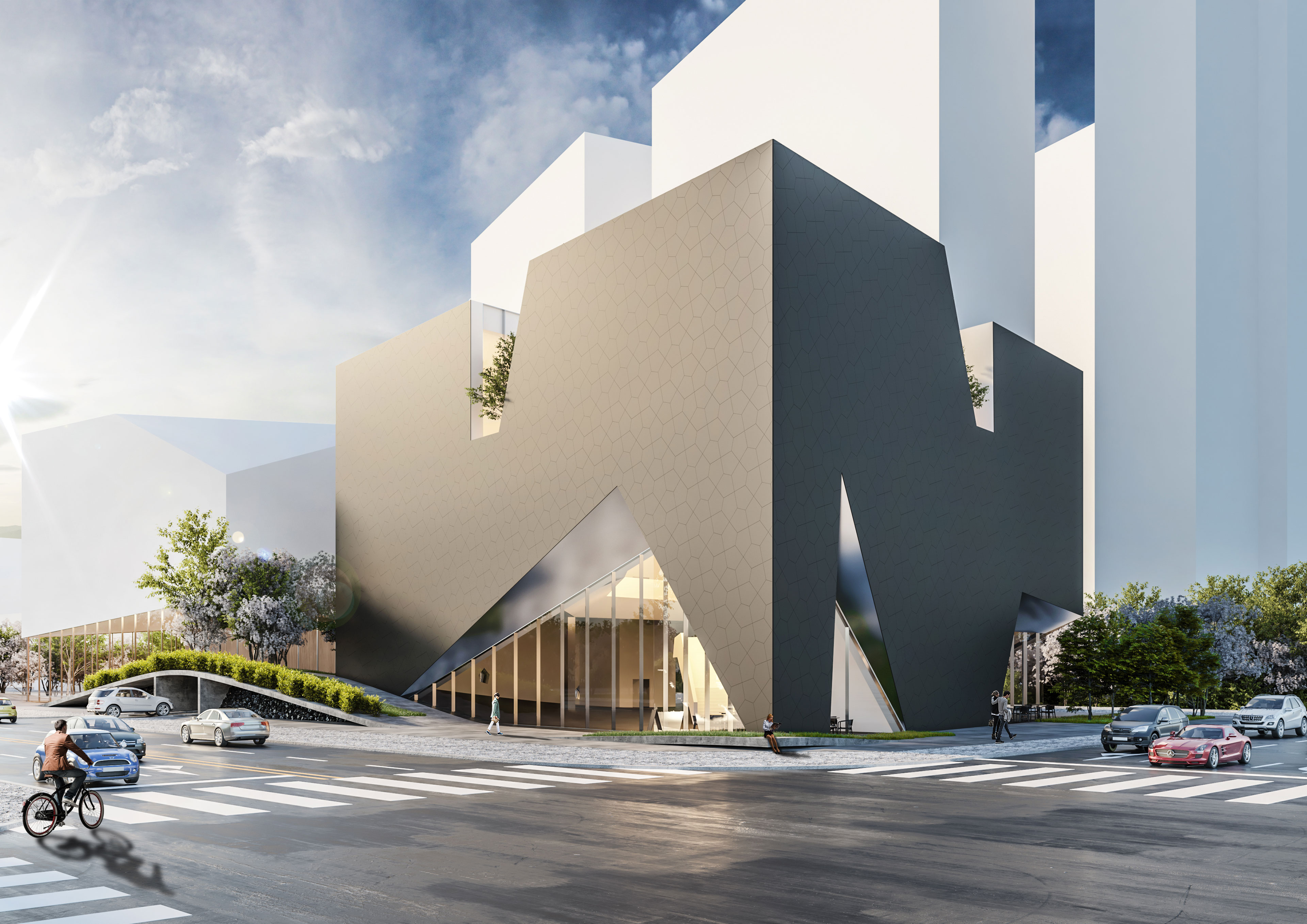 City is created by city planning! Compared to the surrounding area, the Robot Museum is very small. All neighbors are characterized by cubic forms. Especially the huge Changdong Sanggye Start-up Center only 40m away.

The museum has to fit in, but at the same time form an independent, distinctive identity. We achieve this goal with a simple cubic basic form that is sculpturally structured by large openings.

A special challenge is the garage entrance which has to be located exactly in the middle of the property line. The driveway is covered with a curved landscape and thus becomes part of the plaza design. This idea is meant to symbolize the mountains of Seoul and additionally connects the Robot and Photo Museum.

The basis of the design is a 20m high cube which is structured in small parts on the last floor. This makes it possible to better separate rooms, as well as technology, while allowing natural lighting inside. Large incisions define the facade and form interior terraces. On all 4 sides visitors can step outside which is especially important for children.

The first floor is the communication level to the public and the hub of all uses. Between the photo museum and the robot museum a curved square connects both buildings. This is intended to be a green tranquil place to relax. The open space is formed by the topography of the downhill ramp and is meant to invite visitors of both museums to visit the next one after a break.

The interior space is based on the concept of optimal orientation. Already in the entrance area one can see all important floors, connections and functions.
It is immediately clear how the exhibition works. 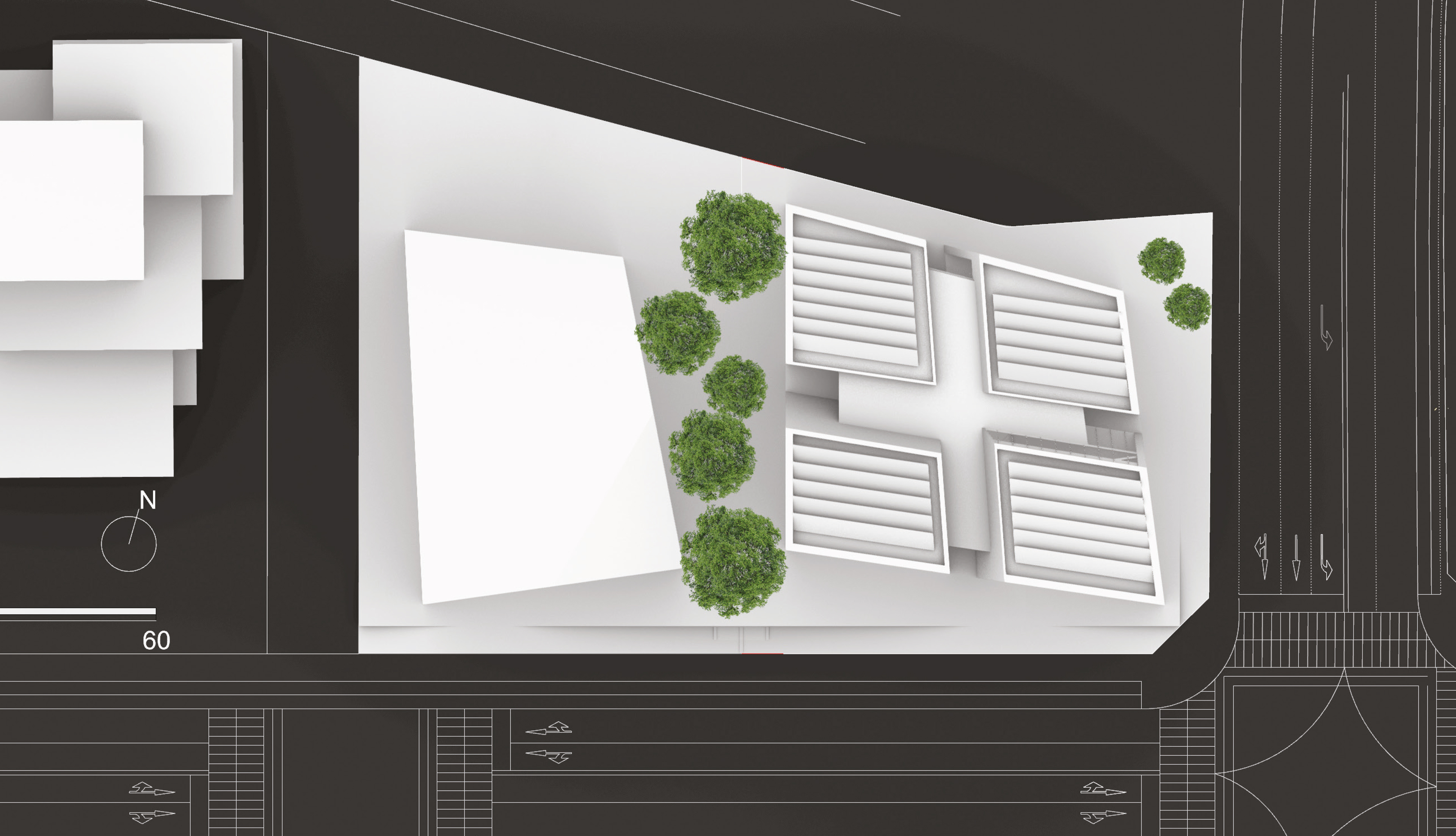 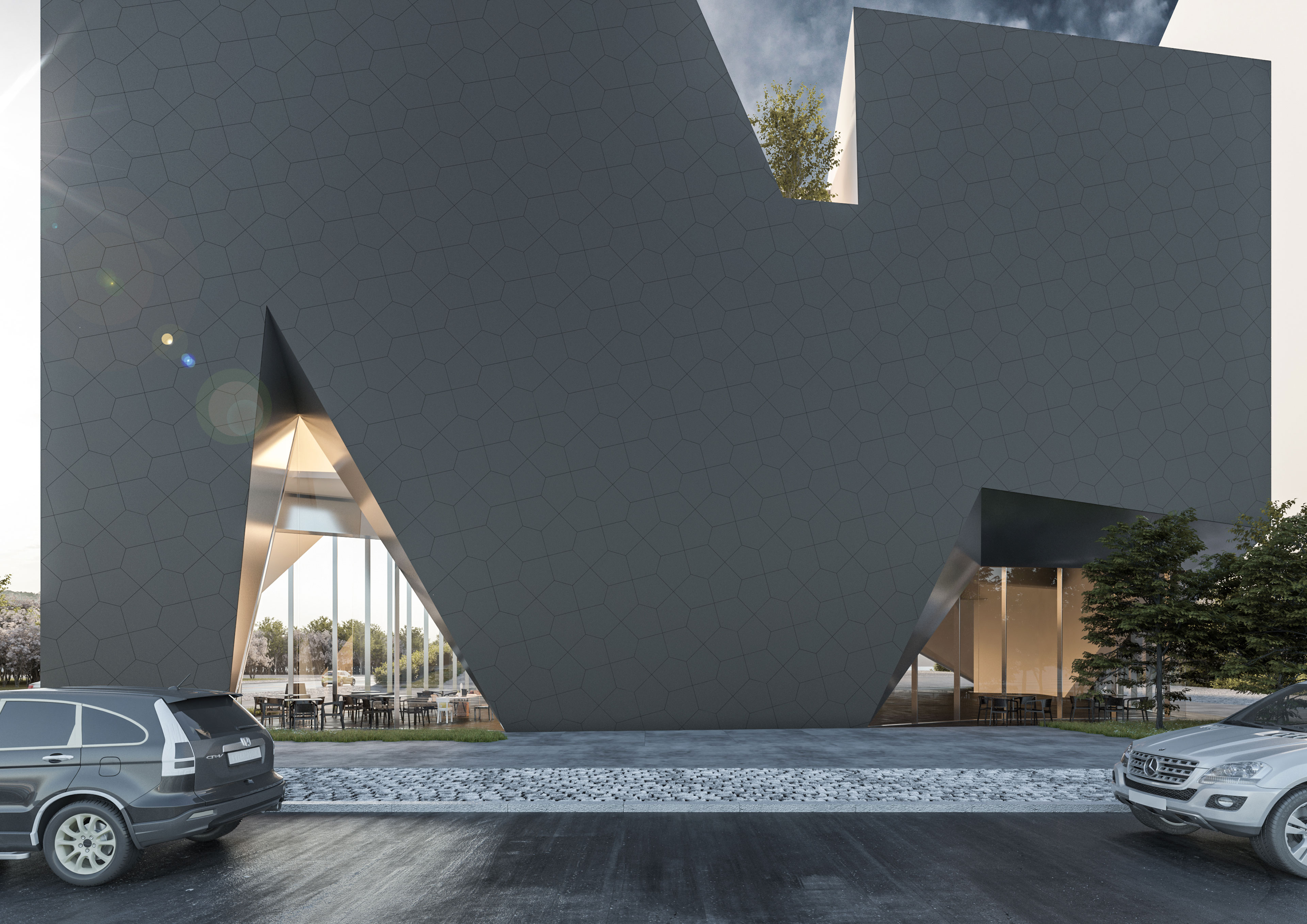 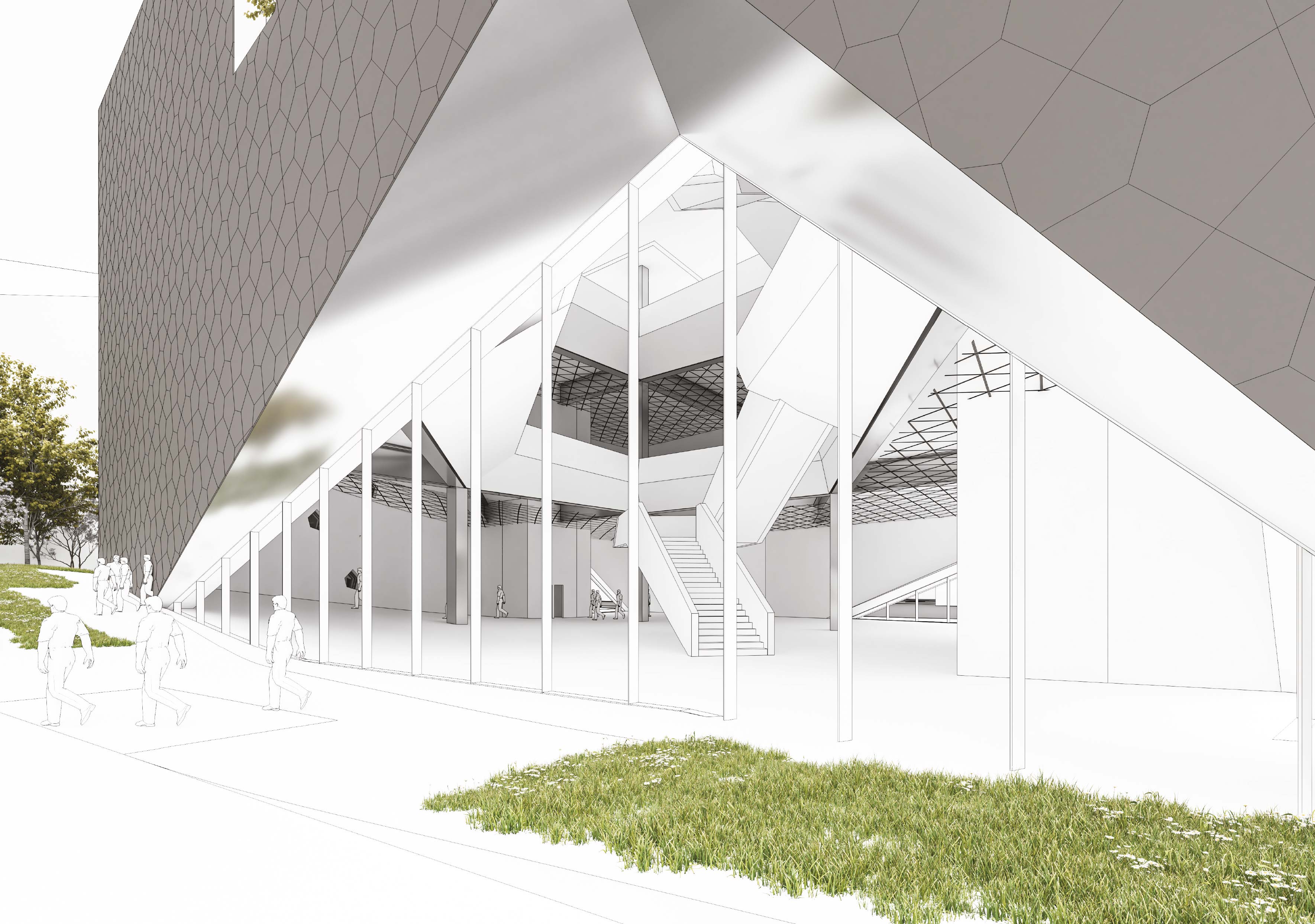