The airport is characterized by an extraordinarily clear organization, which affects both the urban development and the traffic solution.

Particularly striking is the consistent separation of pedestrian traffic on Level 3 and motorized traffic on Level 4. In connection with this, it was possible to realize a very good greening and a readable open space concept.

The existing weak points, apart from the points addressed in the tender, are the monotonous accumulation of parking garages, which in large parts characterize the visible image of the airport.

Today, an airport is a small city with its own rules. The perception of the visitors, however, still runs through familiar structures. This is why the MAC Piazza works so well. It is important to develop this approach further.

However, strategy is not only good urban planning, but something must also „flow over“ to the airport as a company – a positive image boost by a corporation taking responsibility for the future.

What might such a district puzzle look like in the case of Munich Airport? The airport district will only come to life if the various „central“ functions interact, like an engine that only starts up when everything works together. Large urban developments need pressure so that one part is not already rusty when the last part is installed. 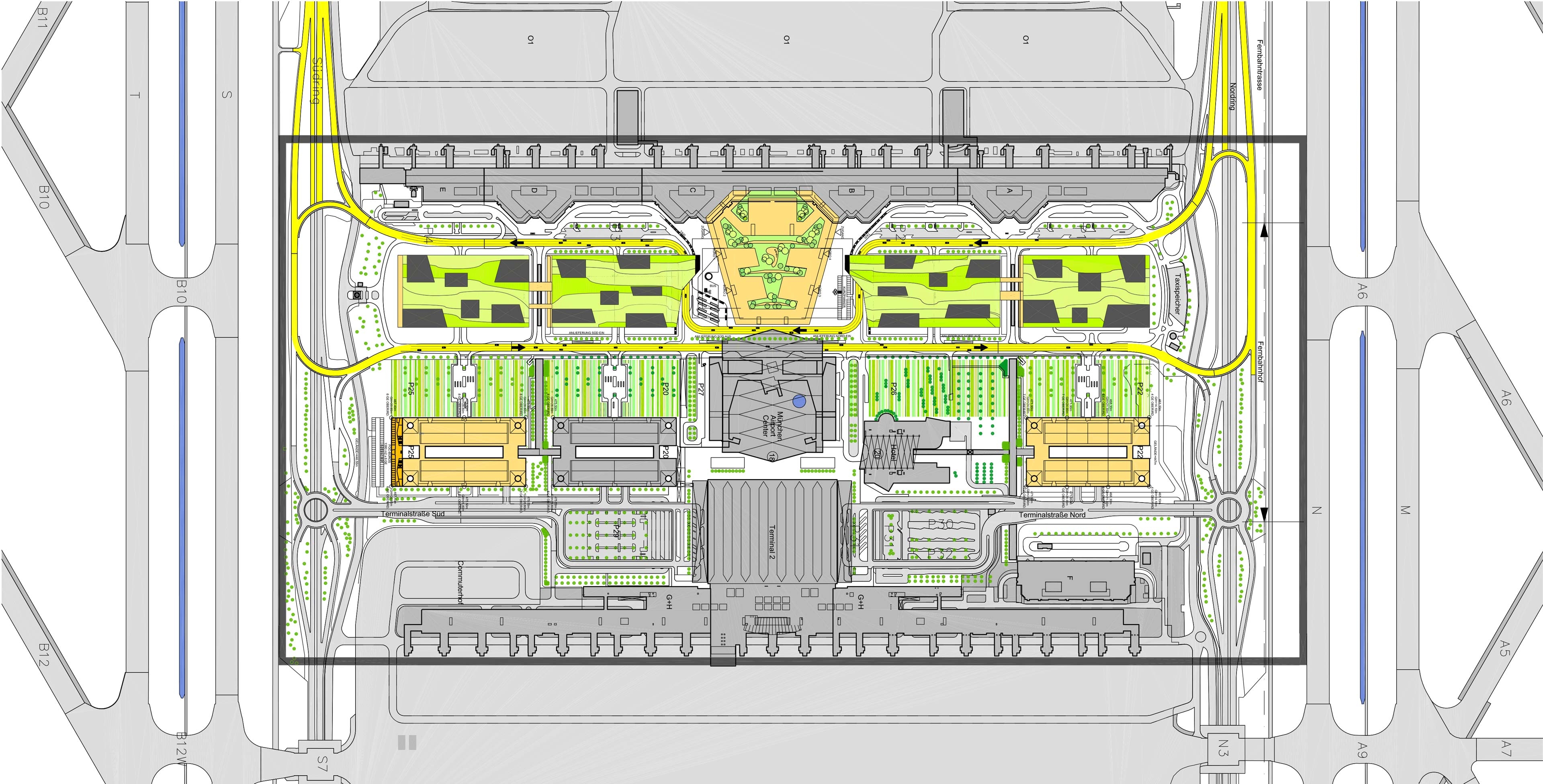 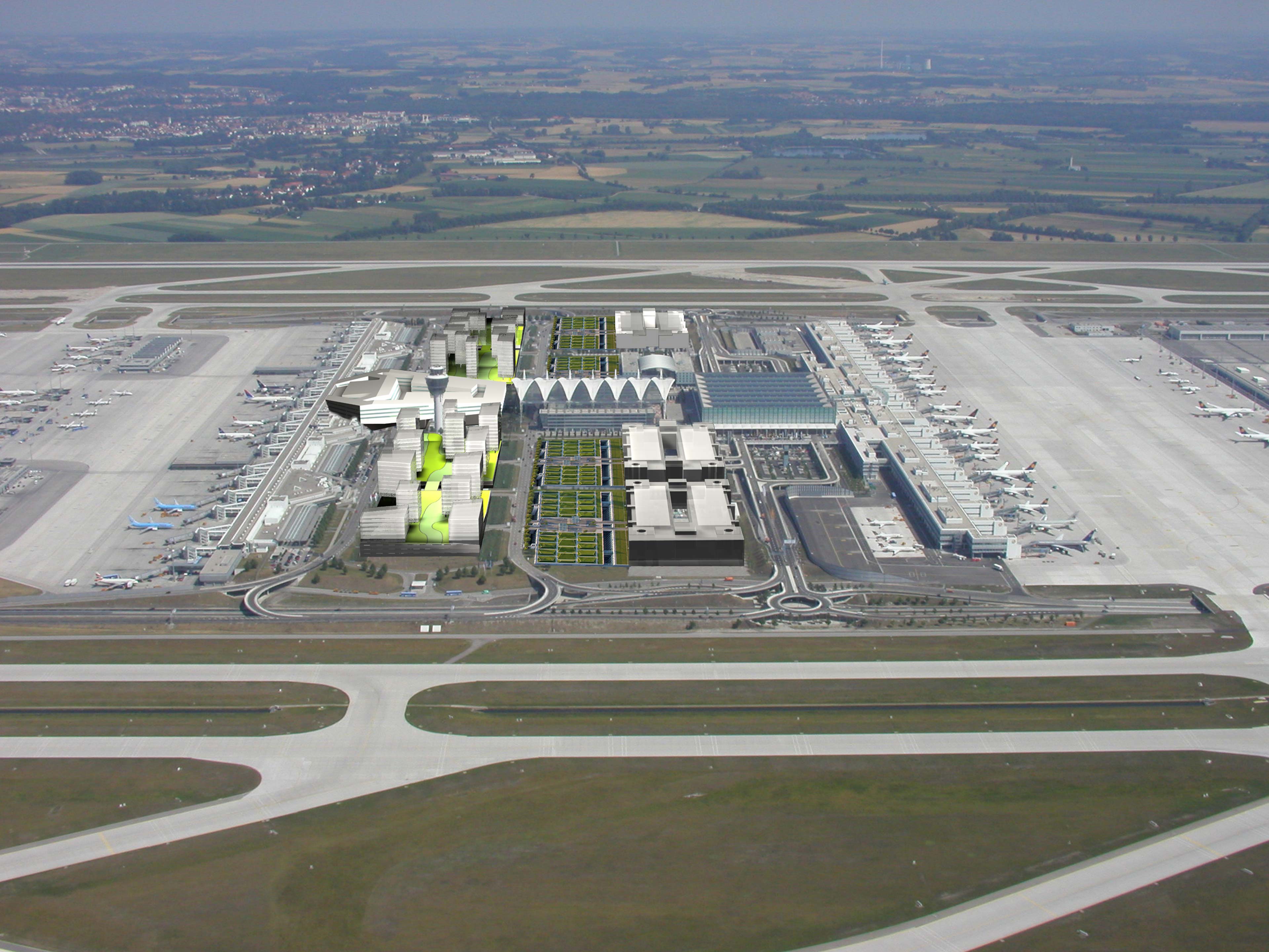 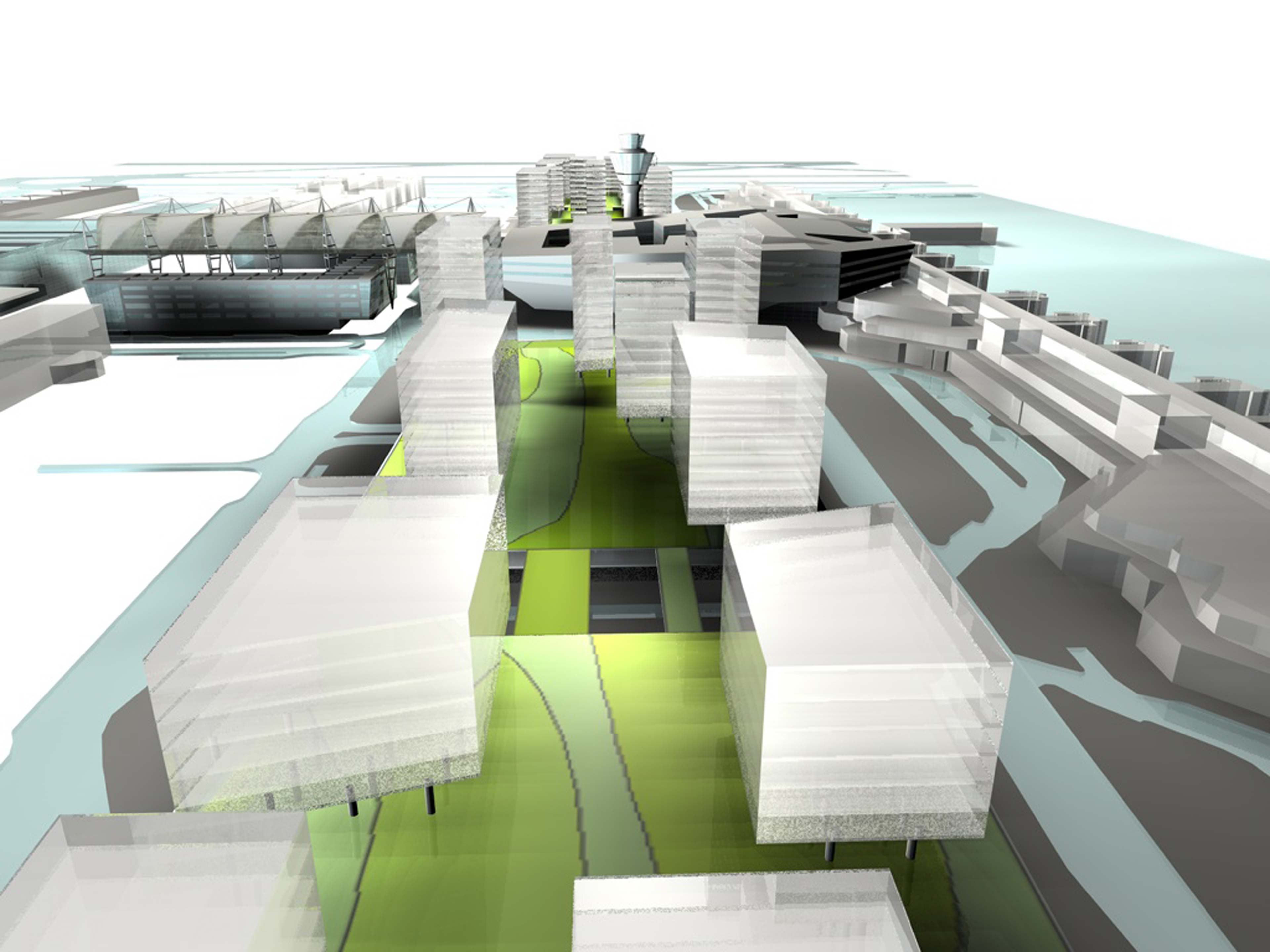 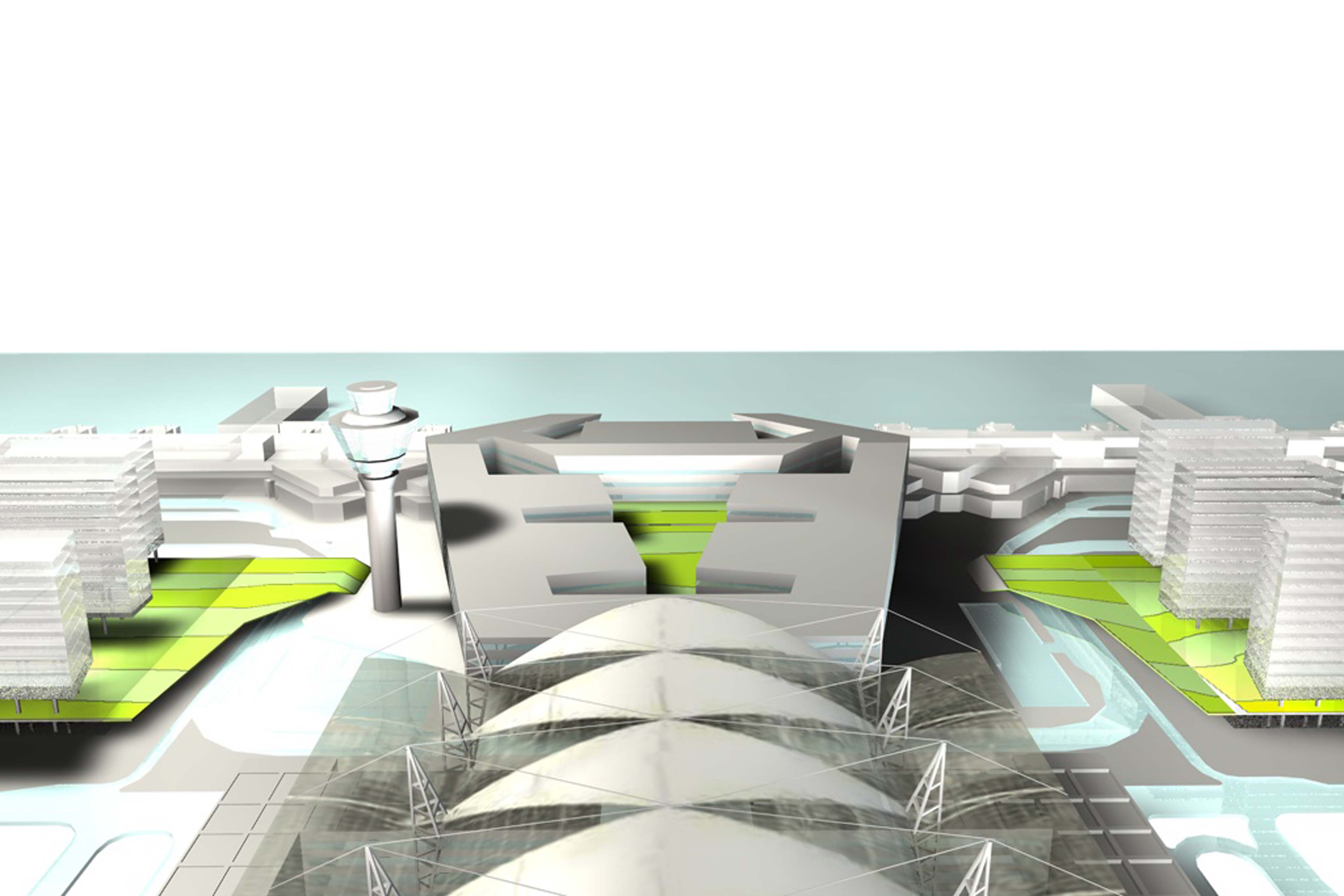 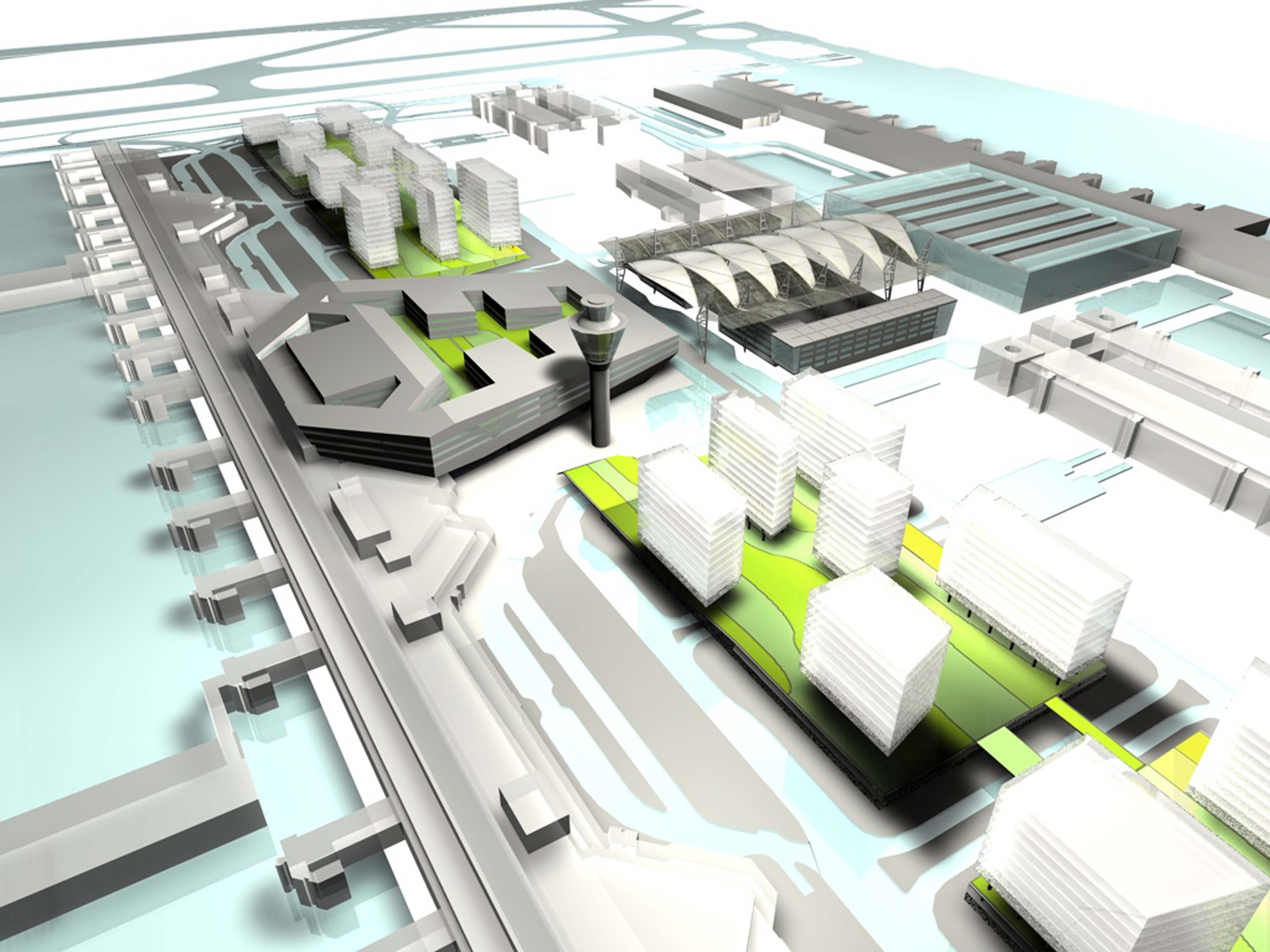 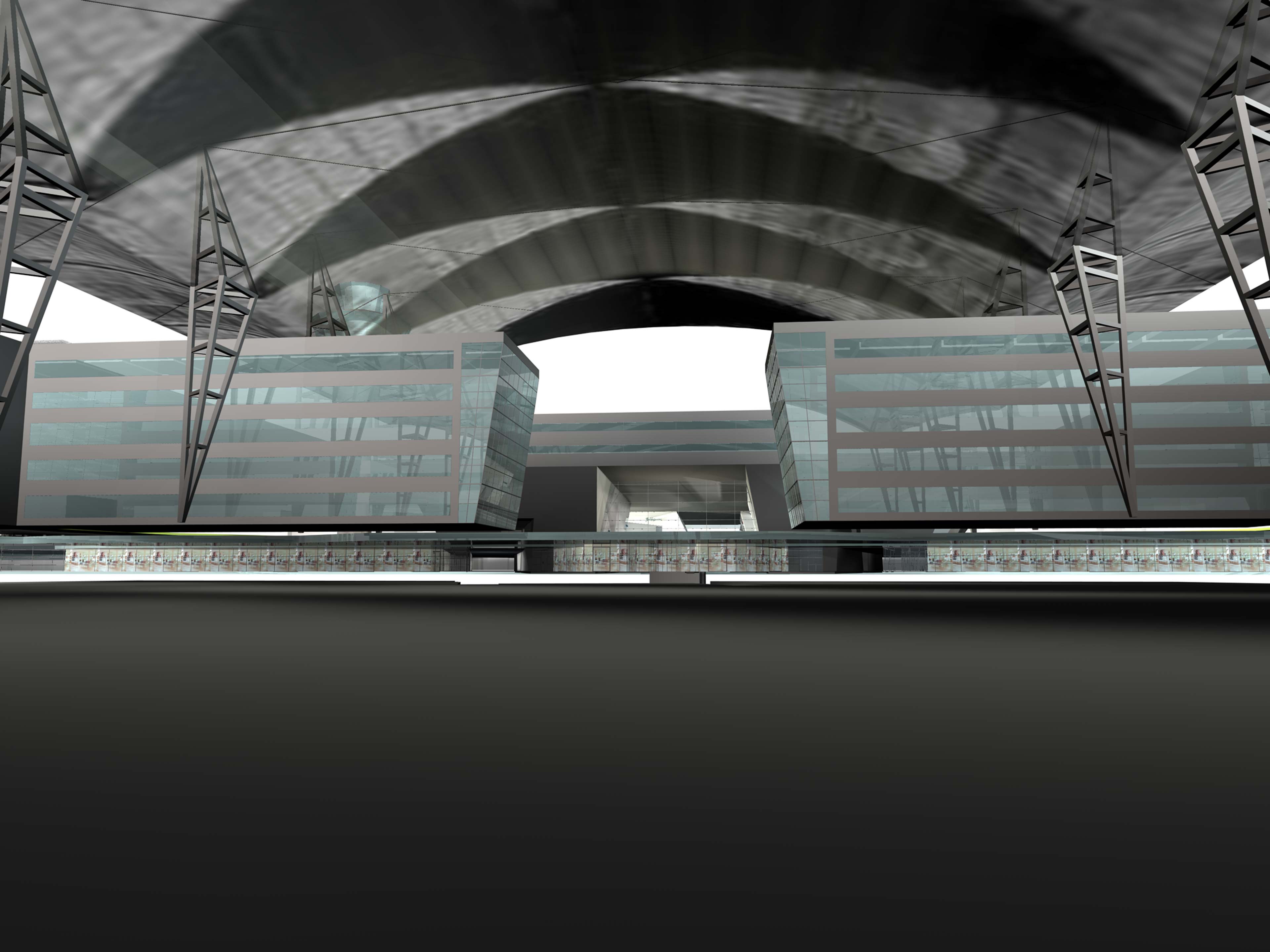 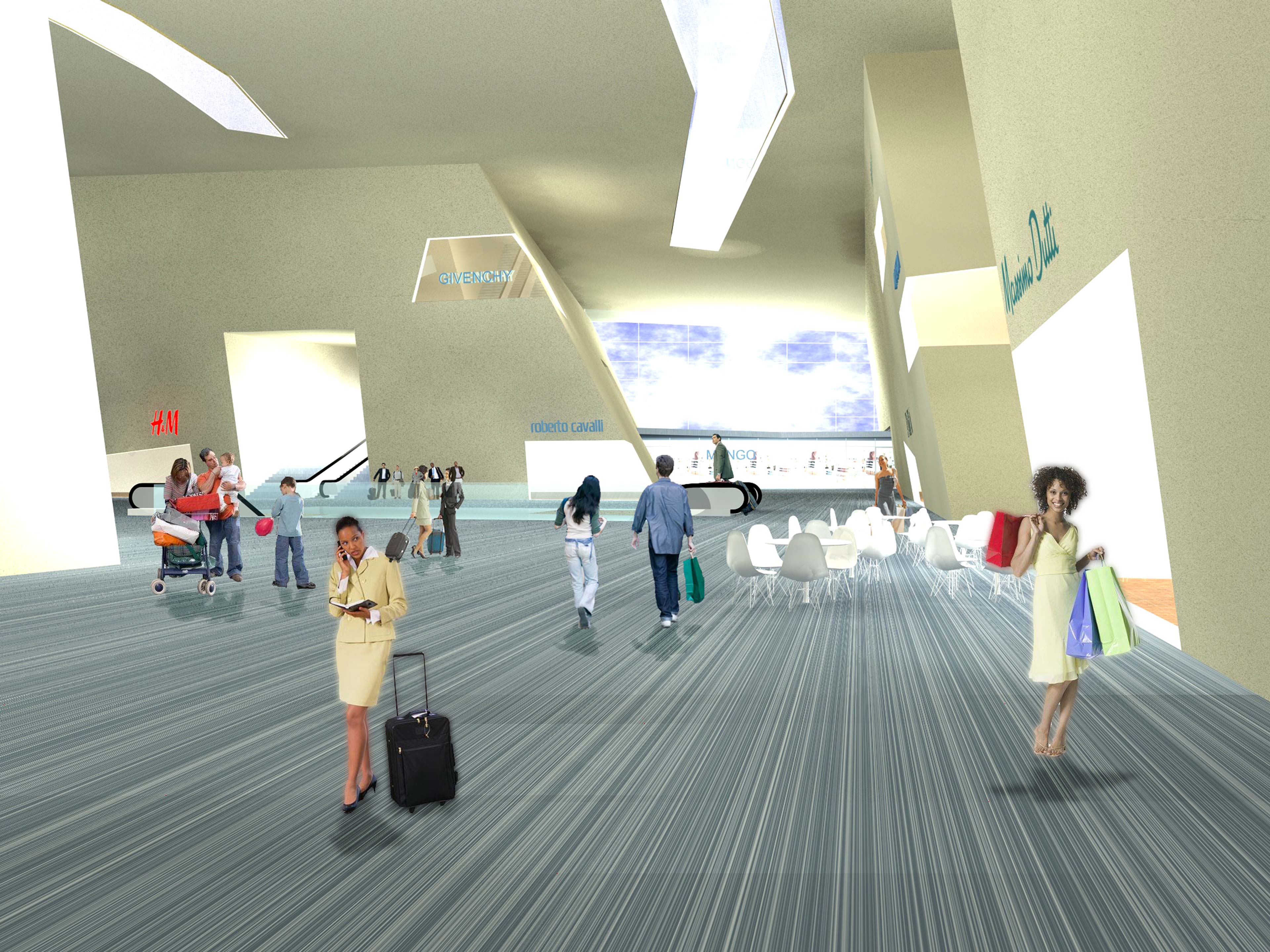 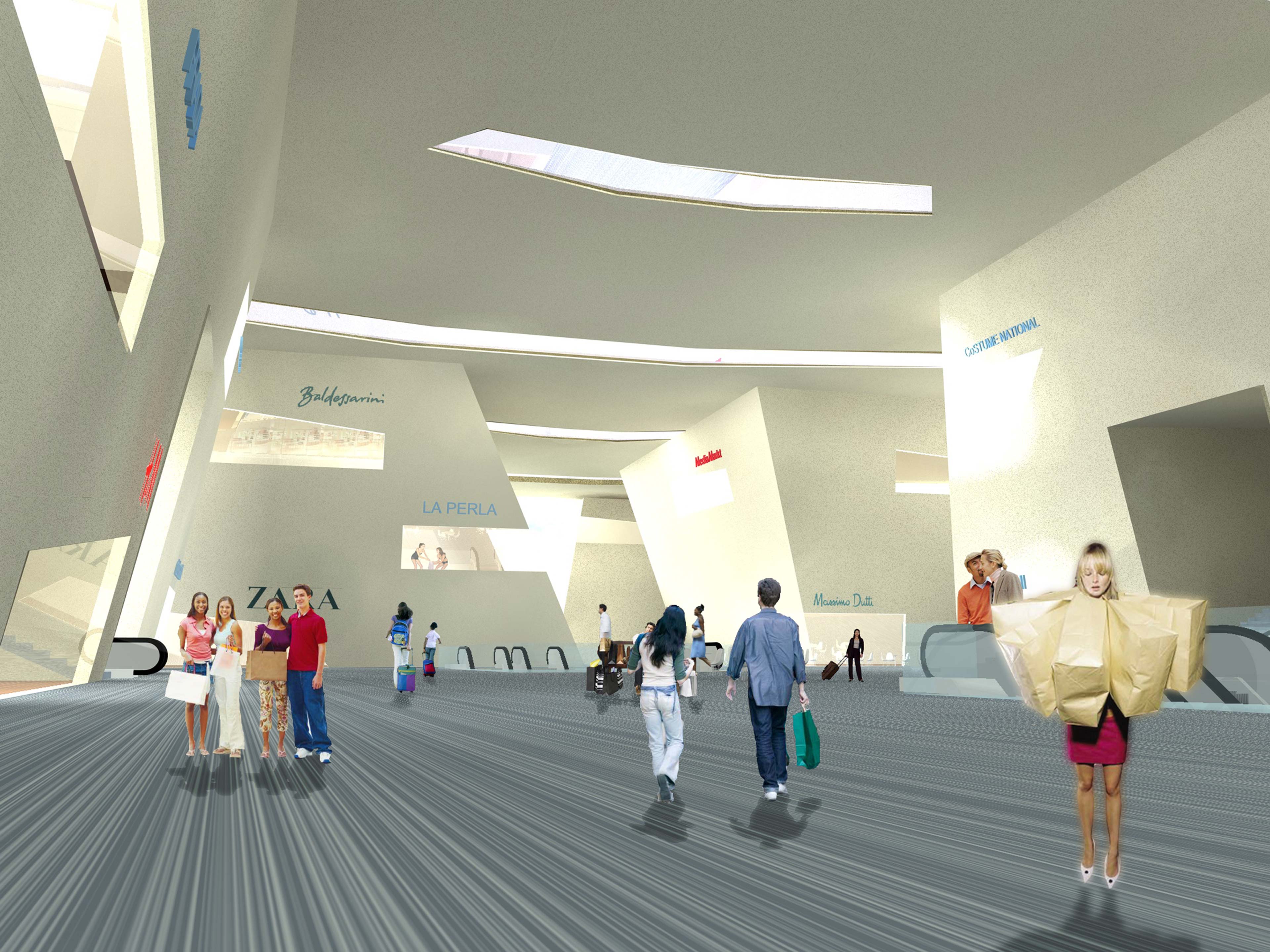