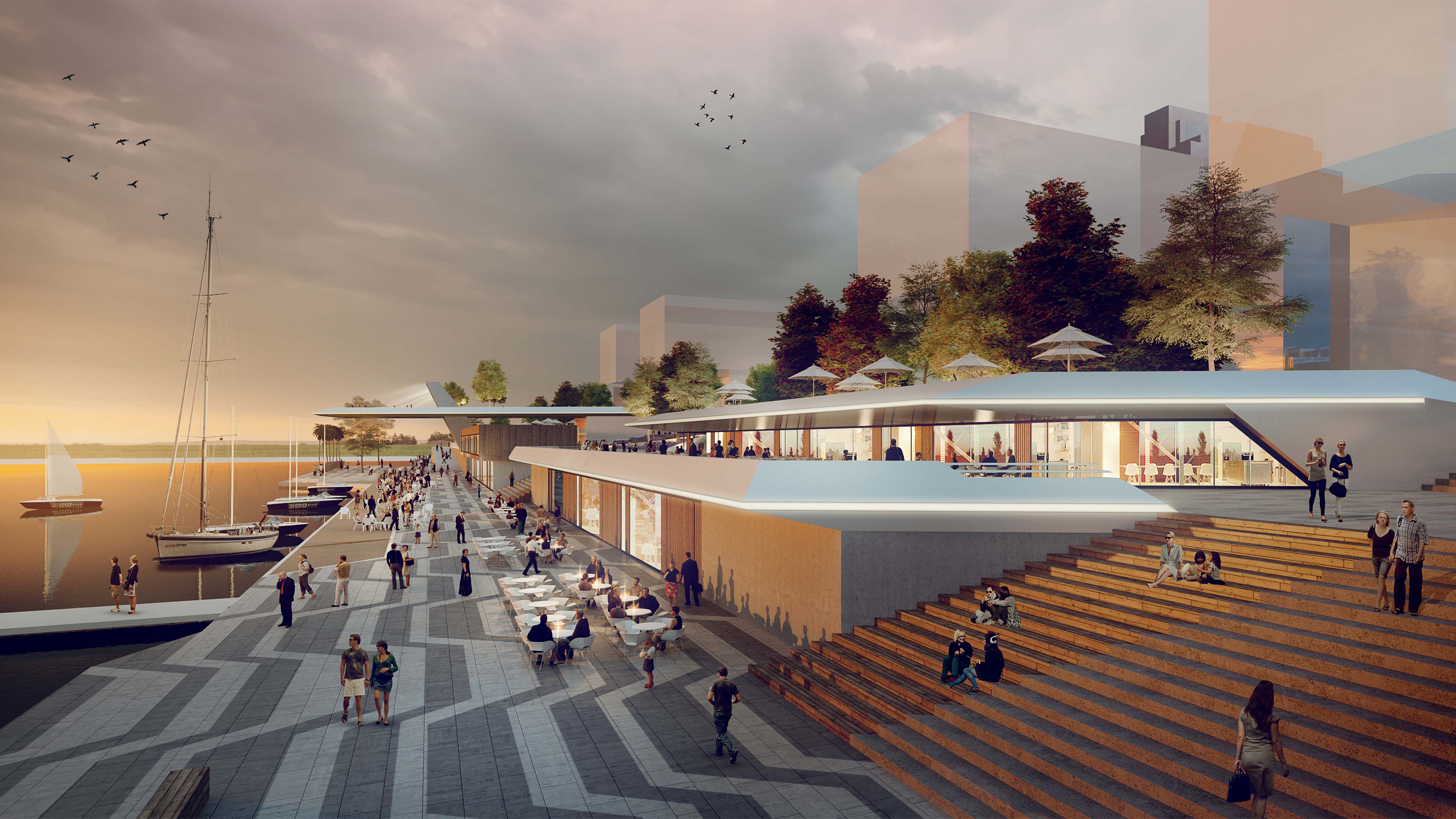 We do not see the development of the Copa Cagrana in isolation, but understand it as an important part of the city that must be urbanized. The recreational areas along the 20km long Danube Island outweigh by far – now a vital connection to the Uno City must be designed.

In order to create a lively, new part of the city, one has to mobilize potentials for communication in the whole area and design a kind of „social“ architecture. It forms the „sociotope“ for a lively and interacting society and city. This also includes cultural programming of events, gastronomy and entertainment with a supra-regional impact.

The backbone and also the orientation matrix of the project are the horizontal lines of the existing shore. The „flying“ architecture adapts to this and supports the genius loci.

The passage of the area it is more than a path. There are two important links to the urban fabric. The subway and the diagonal of the UNO-City. In between, the experience space of the new Copa Cagrana stretches out.

Landscape and buildings are alternately interlocked. The alternating sequence of narrow and wide creates diverse plazas and a pleasant modulation of public space.

Copa Cagrana is boulevard, square, beach and stage at the same time. In a spatial continuum, we connect the different elevations, creating a three-dimensional urban space that can be experienced emotionally. It becomes a vibrant place of urban life and an open entrance for the surrounding district.

The rhythmic subdivision of the length, the permeability in several directions – the Space Strip forms urban places for the active city. 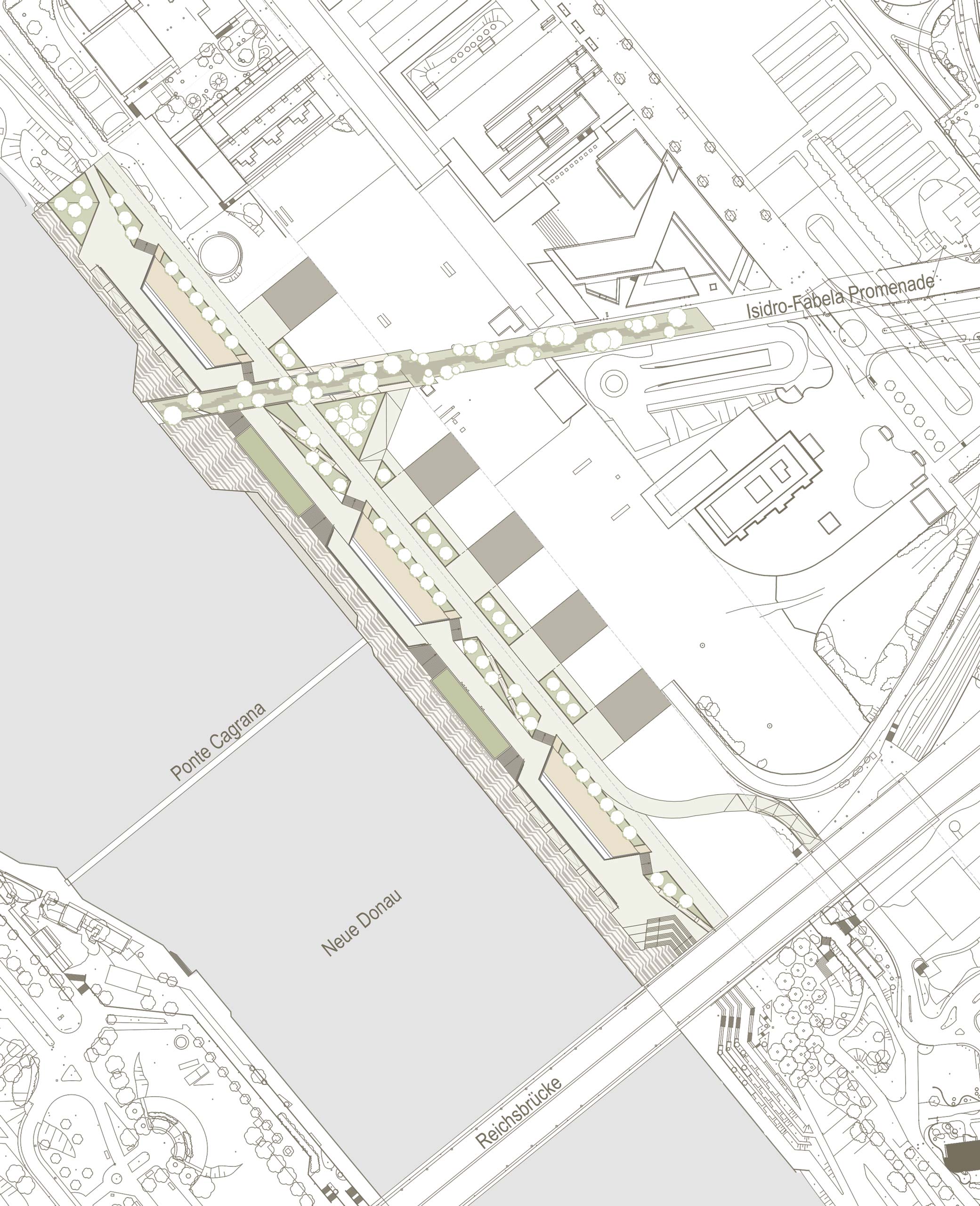